Situated at the crossroads of strategic sea-lanes steeped in history, the province of South Sulawesi consists of the narrow southwestern peninsula of this mountainous, orchid-shaped island. The capital and chief trading port, Makassar, is still the gateway to eastern Indonesia.

The seafaring Bugis dominate the southern tip of Sulawesi, but in the rugged and remarkable country further north is Tana Toraja, often referred to as the “Land of the Heavenly Kings”. The traditional culture of the Torajans rivals any in the archipelago, making this area one of the most popular tourist destinations in Indonesia.

Believing that their forefathers descended from heaven in a boat some twenty generations ago, the Torajans have a unique Christian animist culture. The majority of the people still follow an ancestral cult called “Aluk Todolo”, which governs all traditional ceremonies. Their ancestor worship includes elaborate death and after life ceremonies, which are essentially great feasts. A strict social hierarchy is followed in the villages, and for an important figure wedding and burial ceremonies can take days to perform. Water buffalo and pigs are sacrificed in numbers appropriate to social rank, and the deceased’s remains are placed in a coffin and interred in caves hollowed out in high cliffs. The mouth of the cave is guarded by life-like statues, called Tau Tau, who look out from a balcony near the burial caves, watching over the families and friends they have left behind.

Tongkonan, the family houses, are built on stilts with the roof rearing up at either end, representing the prows of the first ship to arrive in the area with the Torajan ancestors. The houses all face north and some say that this is because it was from the north that the ancestors of the Toraja came. Others however will say that the north (and east) is regarded as the realm of the gods, on the compass of life.

South Sulawesi is also famous for its tremendous scenery and the quality and talent of its silk and silverwork industries, but the economy is largely based on agriculture.

The provincial capital of Makassar, formerly Ujung Pandang, is easily accessible by air. There are daily flights from Jakarta, Bali, Surabaya and Manado.

Day 01:
Meeting services at Hasanuddin Airport Makassar, afterwards, set out on the picturesque drive to Toraja. Lunch at a seafood restaurant in Pare-Pare. In the afternoon stop will be made at Puncak Lakawan to enjoy the spectacular view. Late in the afternoon arrival Rantepao. Dinner and overnight in the hotel.

Day 02:
After breakfast, we will take you on a full day excursion in Toraja, in the morning we will visit Lemo, where we will find rows of Tau-Tau and the hanging graves. Londa has an ancient natural grave where the deceased are entombed with big ceremonies. Kete-Kesu is a traditional Torajan Village, where we can see the Tongkonan and the old rice barns and it is famous for its woodcarving. Lunch is served in Rantepao. Dinner and overnight in the hotel.

Day 03:
After breakfast, we make another full day excursion in Toraja. Today we visit Pallawa, Sa’dan (the weaving center), Marante and Nanggala, a traditional Torajan village, known for its large Tongkonan and 14 rice barns. Lunch is served in Rantepao. Dinner and overnight in the hotel.

Day 04:
After breakfast transfer back to Makassar. Lunch will be served in Pare-Pare. Afterwards transfer directly to Hasanuddin Airport for your next destination.

US$ 775/person, based on twin-shared room in Hotel Heritage Toraja

US$ 660/person, based on twin-shared room in Hotel Santai Toraja

Includes: Airport transfers, accommodation in chosen hotel, transportation in AC-car, meals as stated in the itinerary (from lunch on Day 1 to lunch on Day 4), English speaking guide, entrance fee and donation 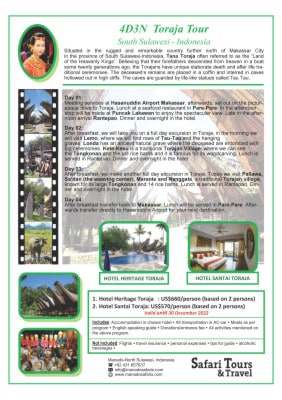 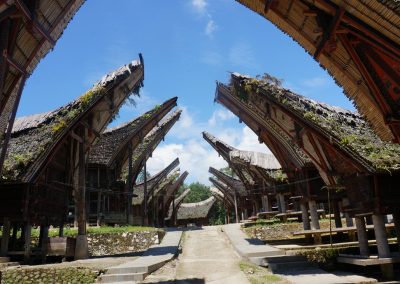 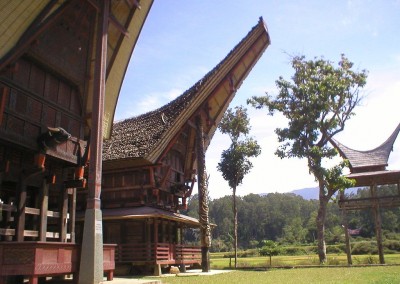 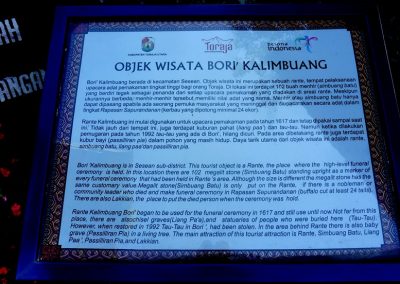 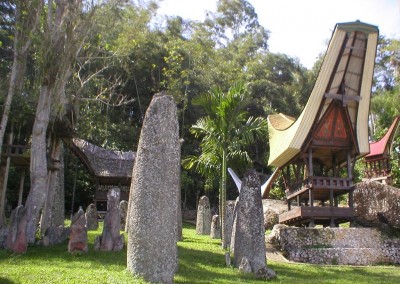 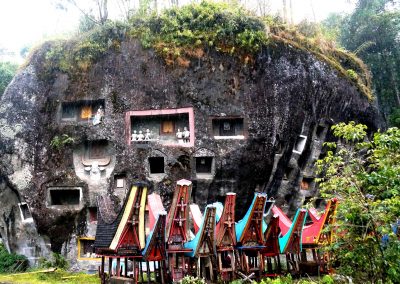 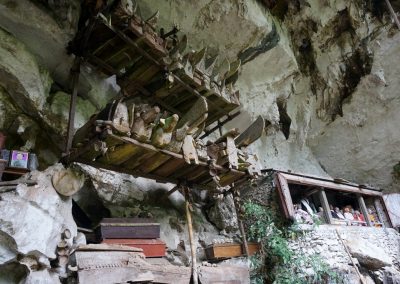 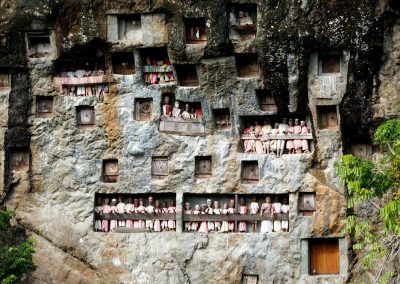 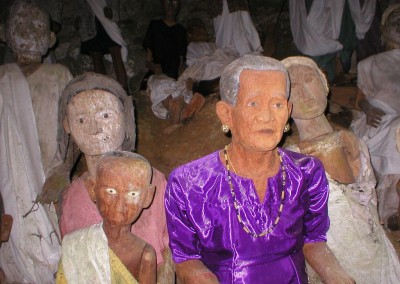 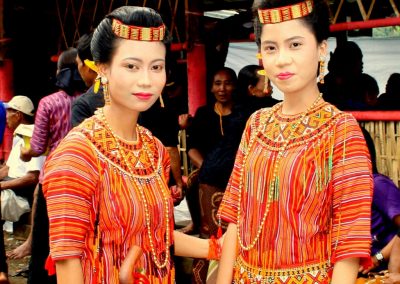 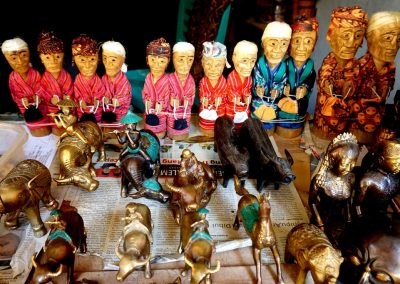 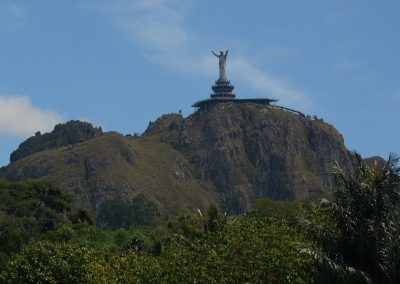 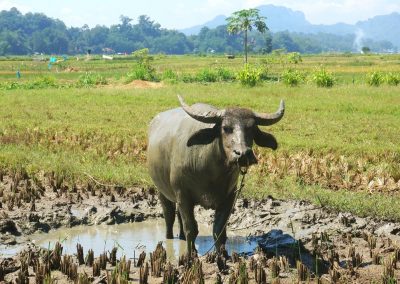 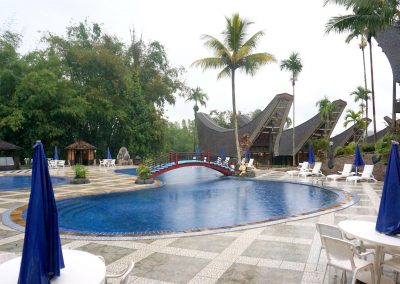 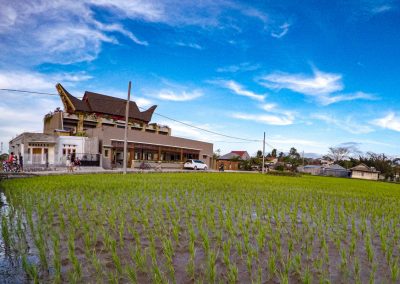 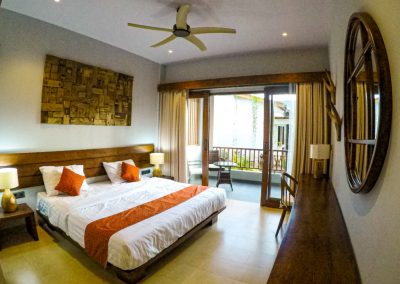