Voted as one of the “New Seven Wonders of Nature” in 2011, Komodo National Park encompasses a spectacular array of diversity. A stark contrast is found between the desolate and rugged volcanic islands straight out of King Kong (the films were inspired by American millionaire W Douglas Burden’s expedition here in 1932) and the seemingly endless displays of abounding life underwater.

Still largely undiscovered by the mainstream scuba diving community, Komodo National Park offers fantastic marine diversity and an impressive array of different diving conditions and environments. High-speed currents or gentle drift dives; colourful walls with monumental boulders or endless valleys of coral gardens; seamounts and pinnacles or lunar-like seascapes; Komodo boasts it all. With frequent sightings of turtles, manta rays and sharks along with macro life galore beginners and experienced divers alike will find something amazing during their time in the water.

On land the islands of  Komodo, Rinca, Gili Motang, and Padar are home to the famous Komodo dragons. Reaching 10 feet (3 meters) in length and more than 300 pounds (136 kilograms), they are the heaviest lizards on Earth. Kalong Island hosts a colony of “flying foxes”, huge bats that can be seen flying away in thousands at dusk.

The small, dusty town of Labuan Bajo on the western tip of Flores is the launching point for impressive trips into the National Park. Once a small fishing village it is now a busy bustling epicenter of tourism. There are 3 & 4 star resorts, several very good restaurants and one incredible Italian restaurant. The days of wooden huts and street vendors are gone. Labuan Bajo has a new airport with several daily flights from Bali. 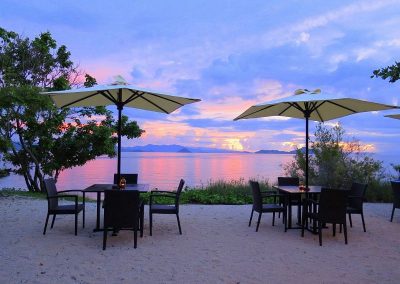 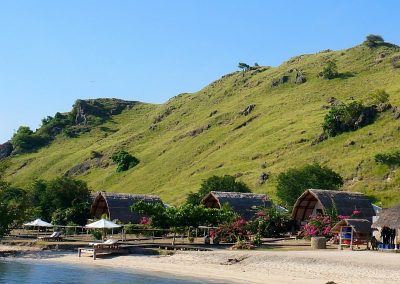 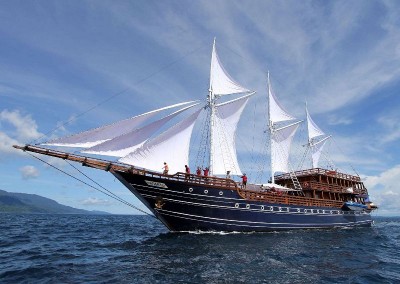 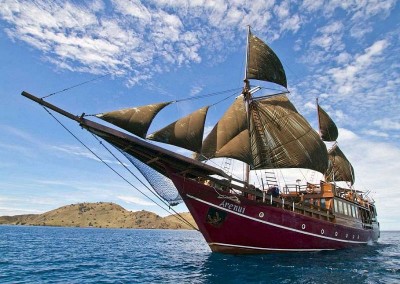 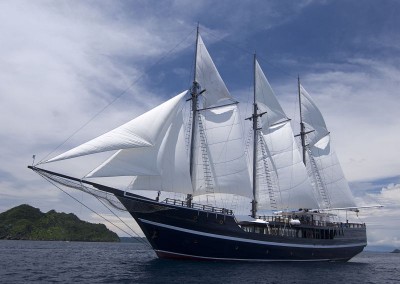 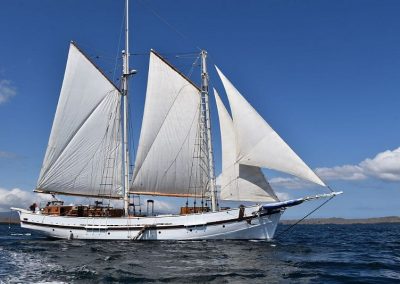 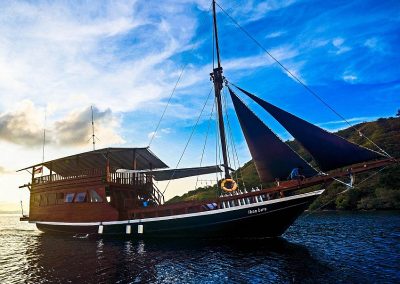 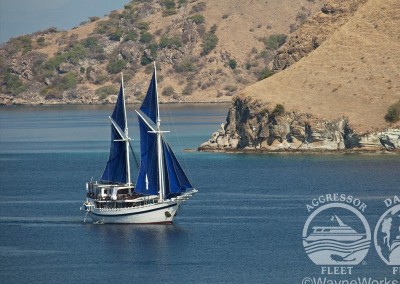 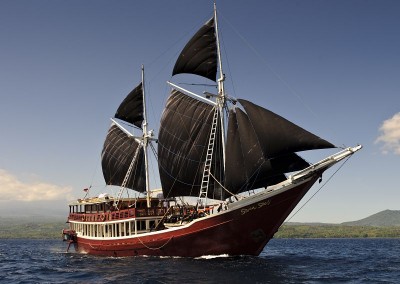