Dubbed the “Species Factory” by marine biologist Dr. Mark Erdmann of Conservation International in 2006, Triton Bay is one of three regions in Indonesia’s West Papua province that comprise the Bird’s Head Seascape (the other two being Raja Ampat and Cenderawasih Bay). This area is now considered by marine biologists to be the epicenter of the Coral Triangle and contains more fish and coral species than anywhere else on the planet! In 2008 the Kaimana Regency was declared a Marine Protected Area. 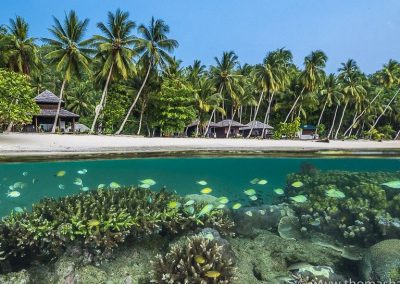