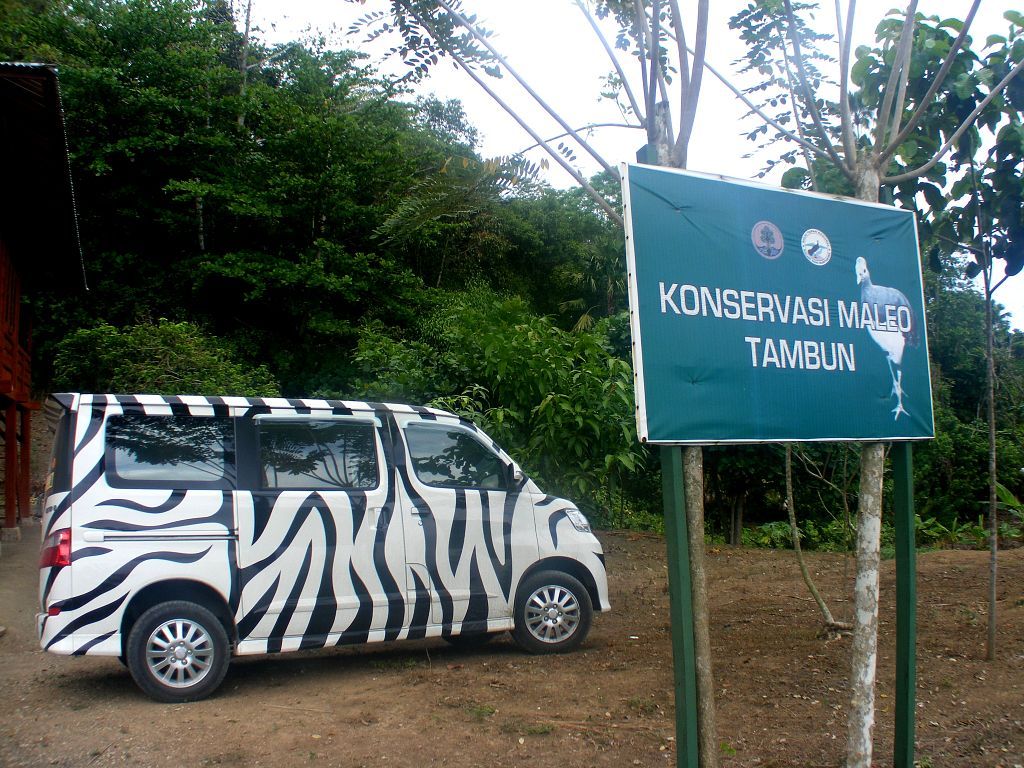 The Maleo is a large, black and white bird with a prominent medium-length tail. As its alternative name – maleo megapode – suggests, it has characteristically large feet. This striking bird has a distinctive bony, dark casque on its crown, a yellowish face, and a bare pale bill. The thighs are black, and the belly white, with pink hues on the breast. This rare bird is usually silent but, especially around nesting sites, it can emit quite extraordinary noises. These include loud braying and, when in disputes, a duck-like quacking.
(Souce: http://www.arkive.org/maleo/macrocephalon-maleo/)

This distinctive megapode is classified as Endangered because it has undergone a very rapid decline, which is projected to continue based on levels of exploitation and declines in the extent and quality of habitat, combined with the fact that it has a small population, which continues to experience severe fragmentation.
(Souce: http://www.birdlife.org/datazone/speciesfactsheet.php?id=116)

Maleo lay their eggs communally in pits dug in the ground in soil heated by either volcanic hot-springs or on beaches heated by the sun. Once laid the parents take no further part in the incubation of the eggs and after around 60 days the chicks hatch and dig their own way to the surface, to emerge fully-feathered and independent.

While being ecologically fascinating, this strategy makes the eggs extremely vulnerable to collecting, and despite the legally-protected status of Maleo, in Indonesia such egg collecting continues. To combat this threat a number of Maleo nesting grounds are now guarded full-time, and the eggs are removed from where they are laid and relocated to natural hatcheries where they continue to be incubated by the volcanically heated soil, but where they are safe from the attention of egg collectors.
(Source: http://burung-nusantara.org/birding-sites/sulawesi/bogani)

We depart from the city of Manado on a 7-8 hour scenic jaunt to our overnight homestay commonly referred to as Tanta Mien (Auntie). This lovely homestay with home-cooked meals will be your home away from home for the next two nights.

Bogani Nani Wartabone National Park (formerly known as Dumoga Bone National Park) is a huge area of forest spanning the border between North Sulawesi and Gorontalo provinces. Despite its size, the access is very poor to the central areas and most visiting birders just visit the margins on the park around the villages of Dolodua and Toraut. Here there are 2-3 sites where reasonable forest can be accessed quite easily, and it is also here that the famous Maleo nesting ground of Tambun lies. The best sites for viewing Maleo in this area are all protected by the Wildlife Conservation Society – Indonesia Program (WCS-IP), which pays for the full-time employment of a ranger/warden (Pak Max).

Tambun is the most commonly visited site, and one of the most convenient. On average around 2-3 pairs of Maleo visit Tambun a day, giving a pretty reliable shot at seeing the birds. Adults descend from the hills to lay eggs at dawn and dusk, but can also often be seen loitering around the site in trees during the day. To see birds here report first to the warden on-site and he will show you to the best locations to see the birds. Several hides have been set up and if you are lucky you will get amazing views. It may also be possible to see newly hatched chicks being released from the safety of the hatcheries.

Please note that the trip from the homestay to Tambun is about an hour. 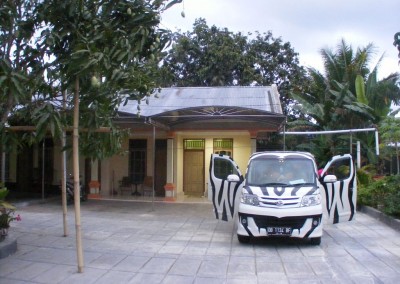 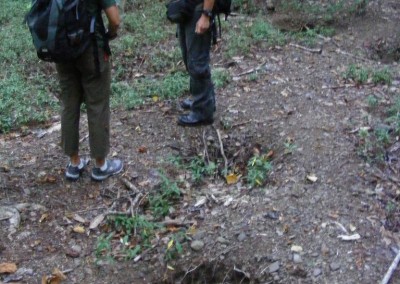 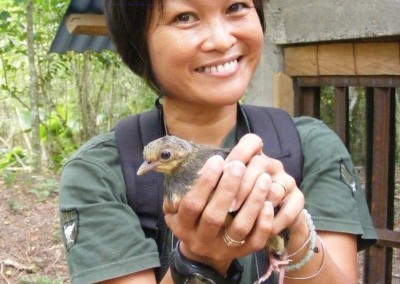 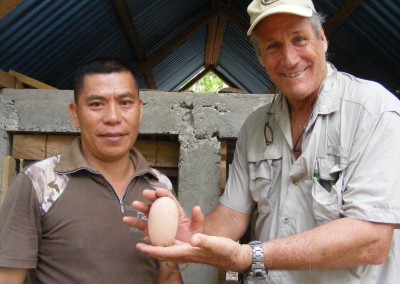 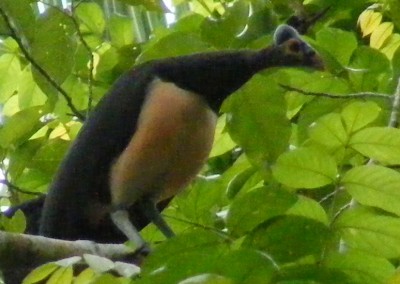 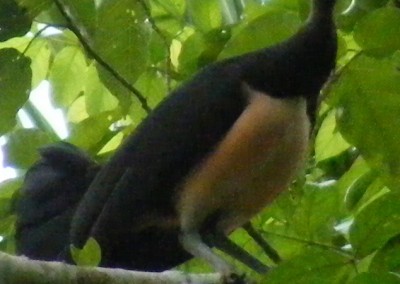 In town pick-up from Manado. Bitung: Add US$20 per person.